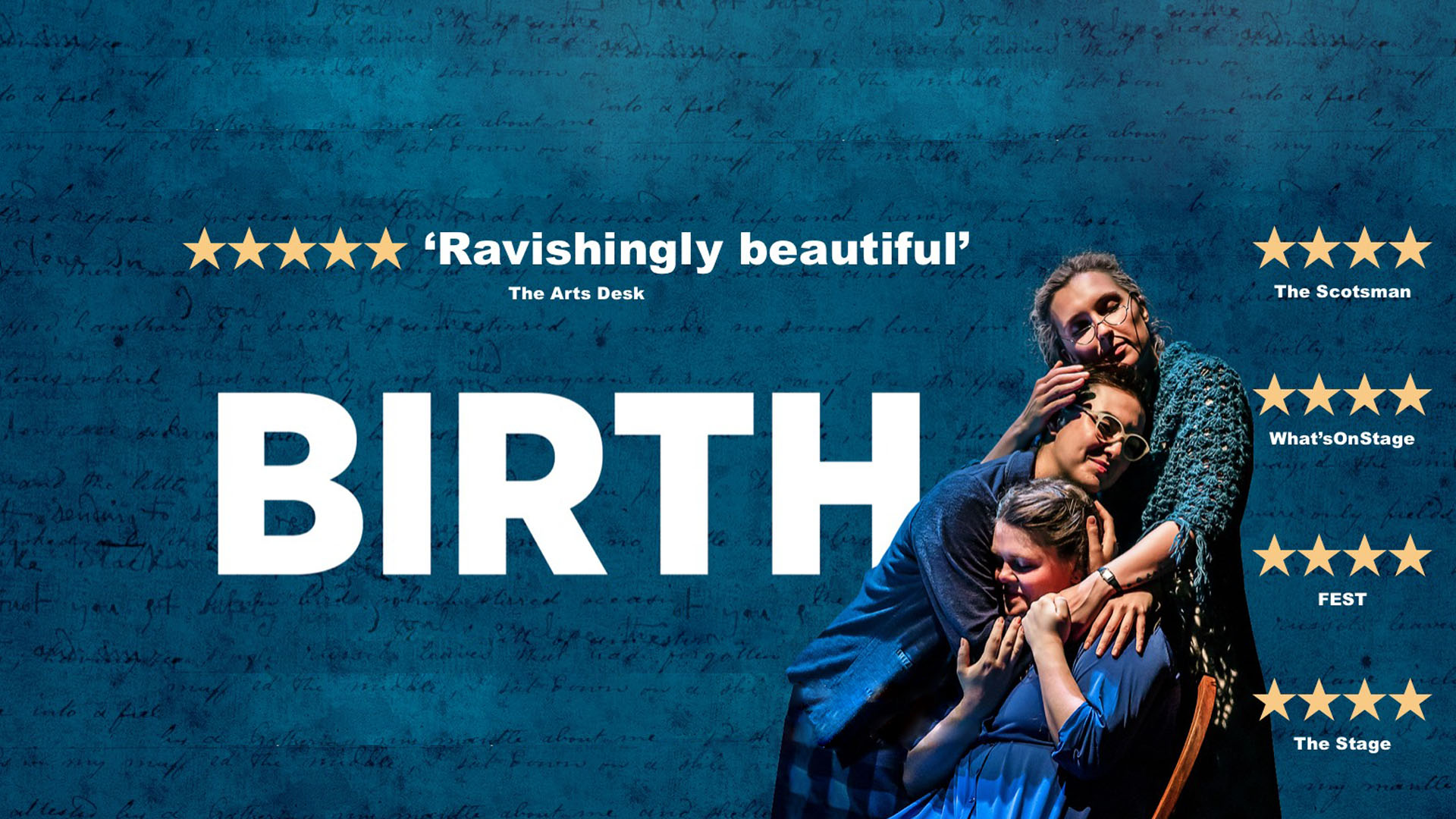 Pregnancy loss is experienced by a great number of women. What the parents go through is rarely discussed and often considered taboo. It is part of the realm of the ‘unspoken’, or the ‘unvoiced’. It is buried.

Over fifteen months of development we explored the idea of secrets in families, unearthing the parallels between our own lives and the lives of our parents and grandparents. We engaged through interviews and workshops with women and families who have experienced pregnancy loss. We also collaborated with UCL Neuroscience Professor Kate Jeffery and Dr Graeme A. Forbes, lecturer in philosophy at the University of Kent, to explore the questions of ‘what is being passed down from one generation to the next’ and ‘when does memory begin’?

BIRTH is the story of Sue, Katherine and Emily, three generations of women from the same family whose lives are part of an invisible web they help to weave. It traces their journey of self-discovery, acceptance and hope.

‘BIRTH is nothing short of a masterpiece’ ★★★★★ Theatre Weekly

‘Truly deserved the standing ovation it got, as people were moved to tears and rendered speechless’★★★★★ Broadway Baby

‘Clever and beautiful… a stunning piece of theatre’★★★★★ Fringe Review

‘An epic dance of life’s ongoing journey’ ★★★★ The Scotsman

‘A powerful, pulsating 75 minutes… BIRTH swells and subsides like a symphony’ ★★★★ The Stage

‘Moving, painful and uplifting in equal parts, BIRTH is a sensitive and beautiful exploration of humanity’s most universal experiences’ ★★★★ FEST