We have unveiled plans to convert the Tankhouse 4 Bottleyard Studios in South Bristol into the UK’s largest Circus Centre.

The new facility is scheduled for completion in September 2020. It will take Bristol, the UK’s City of Circus, up a league to become a genuine an international hub for circus, with state-of-the-art facilities on par with centres around the world. 130+ full-time students will study and train from BTEC level up to an MA in Directing Circus – a world first. 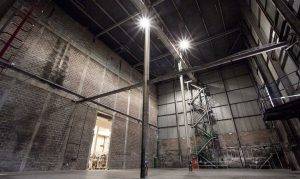 Speaking at the launch event last night, Circomedia Artistic and Managing Director Nic Young said “This development of a major base for the widest range of participation education and research reflects Circomedia’s ambitions. It will ensure a maximum number of people benefit from the transformative potential of contemporary circus and physical theatre and secure existing and new jobs in the sector. We are seeking investment to the tune of £2-4M in donations, grants and business partnerships…” 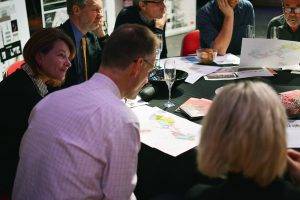 The proposed facility would create at least nine studios, two large creation spaces, offices and storage. It would create a new headquarters for Circomedia and provide space for artists and creative organisations on a new creative campus.

People in South Bristol will have access to a new Youth Circus as well as BTEC qualifications in circus and physical theatre and circus enrichment programmes.