Where it all started

For over 30 years, Circomedia has provided a space where students and performers can explore the possibilities of circus and physical theatre to devise innovative and boundary-pushing work.

We started out as Fool Time, the UK’s first full-time circus school, becoming Circomedia in 1994. Since then we have attracted students from all over the world. Our students are driven by their determination to combine circus skills with physical theatre and creativity.

When it comes to our approach to education, we believe that minds and personalities need developing as much as physical fitness. That’s why we nurture our students to take an imaginative and innovative approach to training. We encourage all our students to devise original and creative work that challenges and inspires. For a more detailed history of Circomedia and circus in Bristol, continue reading below.

On 1st April 1986 (April Fools Day) the performer-teacher Jonathon Kay began a weekend workshop at a former church hall in St Paul’s, Bristol. This was the first teaching session of Fool Time which, five months later, became Britain’s first permanent full-time school for professional circus training. Whilst this might be the start of Fool Time, it’s not the start of our story.

During the 1960s there had been a growing interest in variety, circus, and fairground from artists in other fields, most notably in theatre, Performance Art, and contemporary music. The counter-culture was recycling emblems and images of the past and re-casting them in modern contexts. This reimagined nostalgia was an inspiring contrast to the rapidly increasing sophistication of electronic media in the 1960s and 1970s.

Theatre groups such as The People Show, Welfare State and Lumiere & Son had roots in the happenings and Performance Art of the 1960s whilst other companies took influence from iconic French theatre teacher Jacques Lecoq, like Cunning Stunts and Kaboodle. More than any other company at that time, Kaboodle incorporated more accomplished circus skills, either in theatre street performances such as The Mission Show (1978) or more ambitiously with the narrative in their production of the Chinese legend Monkey (1978). Peter Brook’s production of A Midsummer Night’s Dream and the visit of Le Grand Magique Circus to London’s Roundhouse were also key events for the emergence of British alternative circus in the early seventies. 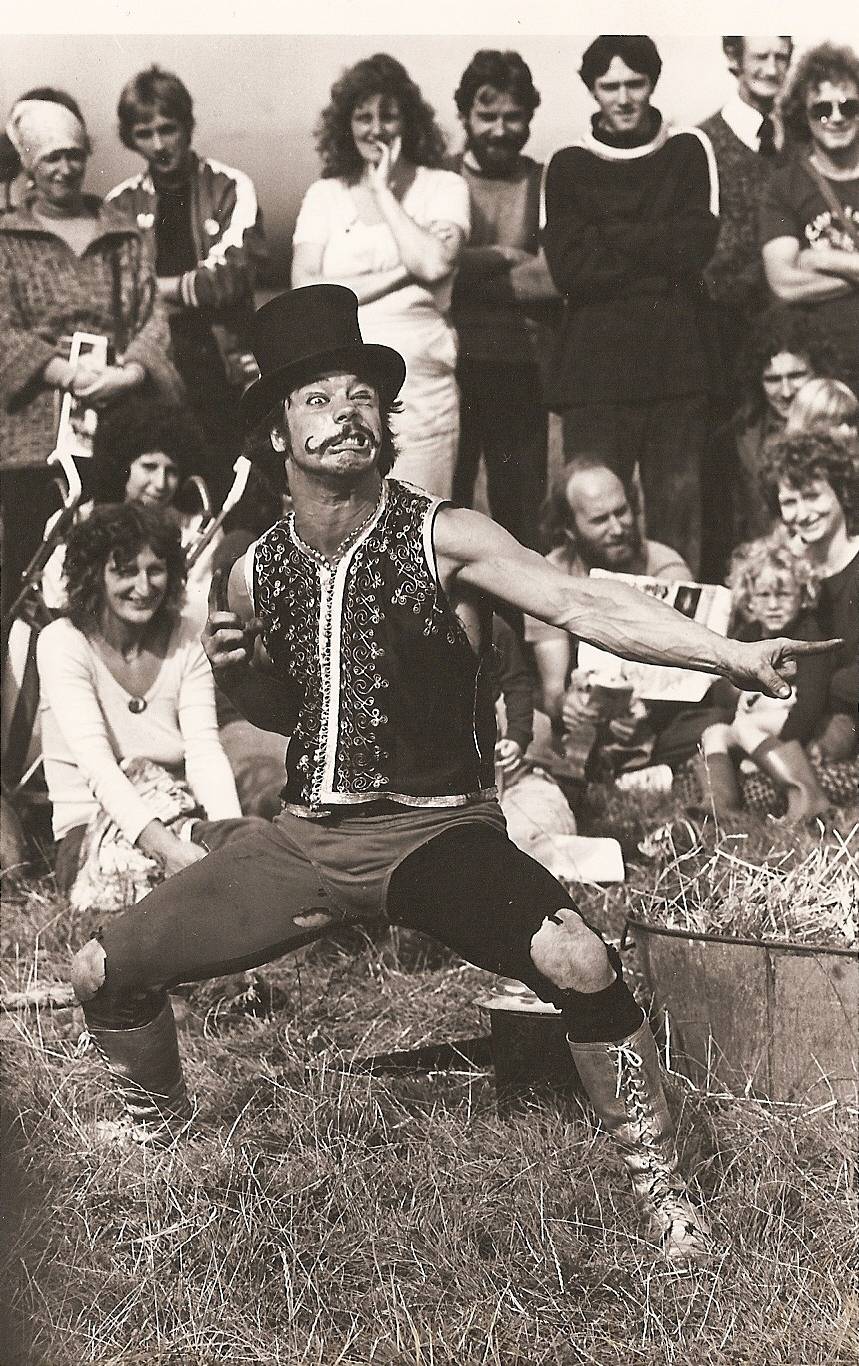 In this period the commercial circuses were a closed world to most outsiders and did not provide any access to training. Throughout the early 1980s there were calls for there to be a permanent full-time circus school in Britain and in 1985, an entrepreneur called Richard Ward provided an answer. Ward had experience in building restoration and an interest in juggling. He’d identified a suitable building in St Paul’s, Bristol, in which such a school could exist and he invited Franki Anderson of Kaboodle to put together a course and a team of teachers. Circomedia co-founder Bim Mason, who had worked with Anderson in the late 1970s and completed a two-year course at Lecoq’s school, was invited in May 1986 to teach mask, mime, and acrobatics. A local juggling teacher (and founder of Butterfingers), Nicky Bee was also invited, as were Guy Dartnell and John Lee who taught theatre, improvisation, and clown. Visiting teachers included Barry Grantham and Olly Crick who both taught Commedia dell Arte, Jonathon Graham who taught acrobatics, and Sue Broadway who taught trapeze. In the early years, Anderson taught tightwire as well as the Fool classes. 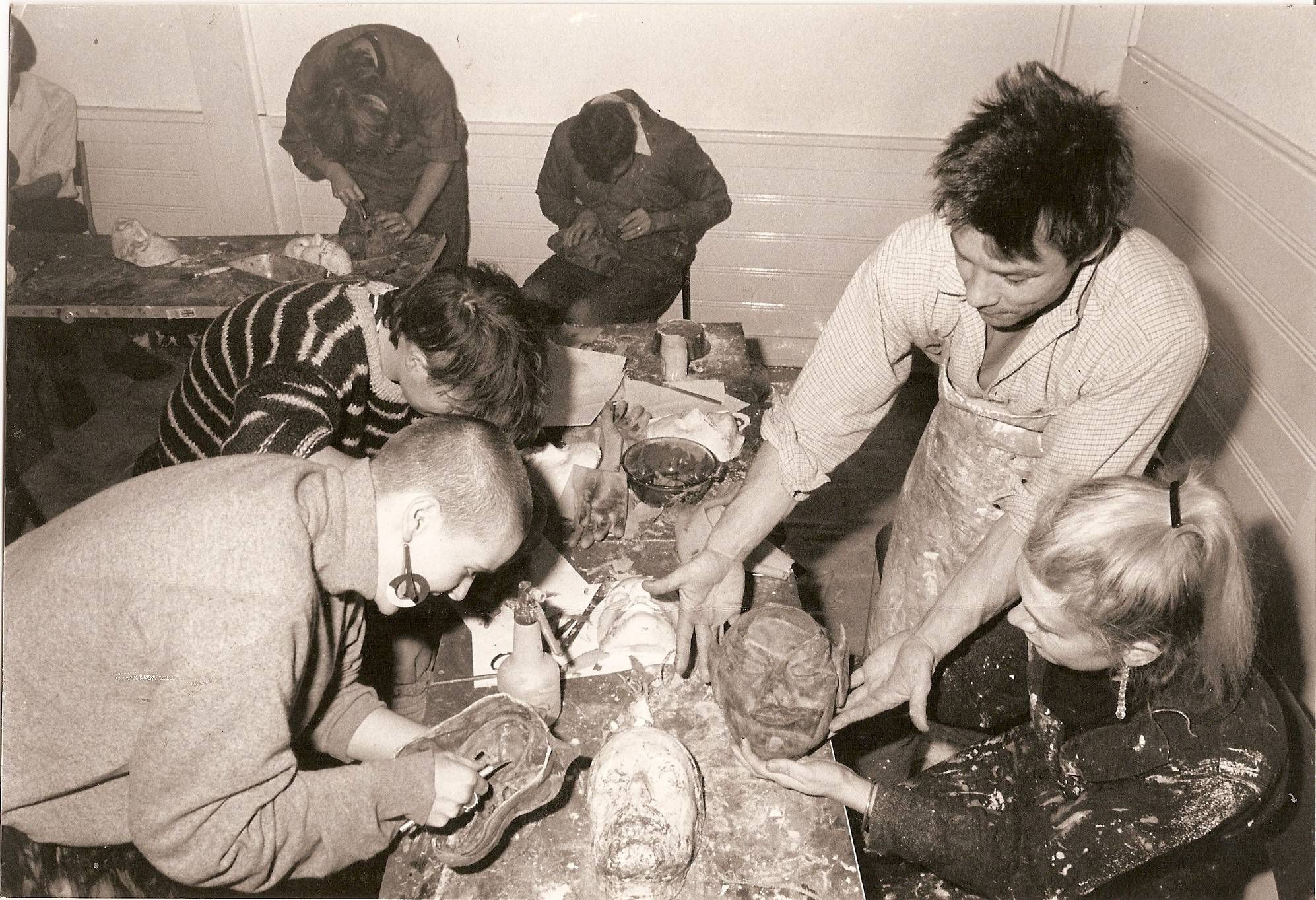 Circus for the future

The staff and students of Fool Time shared an ideology that stood in opposition to and challenged the mainstream political and social consensuses of the day. This radical perspective extended to mainstream circus, which was vilified for its use of animals. The shared sense of ideology and purpose was enhanced by the intense sense of togetherness resulting from the Fool training, which in some cases bordered on personal therapy as individuals confronted their fears and were challenged to break free of artificial identities. Further bonding was enabled by weekly sessions in group devising and presentations, something Circomedia retains to this day. This method was derived from Lecoq’s emphasis on the performer as a creator of their own work. At Circomedia we hold on to this approach to artist development. Like Lecoq, we aim not just to give students what they need for the existing artistic environment but to equip them to create their own blend of circus and theatre for the future. This means taking some leadership in establishing artistic criteria and laying down principles but also encouraging students to challenge, think for themselves and take their own initiatives; to find their own way rather than being moulded into fodder for the big commercial companies which, in any case, are looking for originality as much as high skill.

Interest in aerial techniques was growing fast during the late 1980s but logistical constraints meant the skills could not be passed on as easily as juggling or acrobatics. One of the UK’s most prominent aerial teachers, Circomedia co-founder Helen Crocker, was invited to teach at Fool Time. She had worked as a performer with Cunning Stunts, Ra Ra Zoo and Circus Senso and, because she’d directed large-scale works for the National Centre for Circus Arts (then Circus Space), Crocker was asked to direct Dreams Of Flying, Fool Time’s ambitious piece of aerial theatre. Dreams Of Flying was a major shift for Fool Time, away from narrative, humour, and audience contact and towards strong images, recurring themes and a more urban, contemporary feel. When, in 1991, Franki Anderson resigned as Course Director of the main one-year course, Helen Crocker was invited to take over. She introduced more rigorous training in physical technique and moved away from the idea of performance as healing self-expression towards one that could take on wider themes. 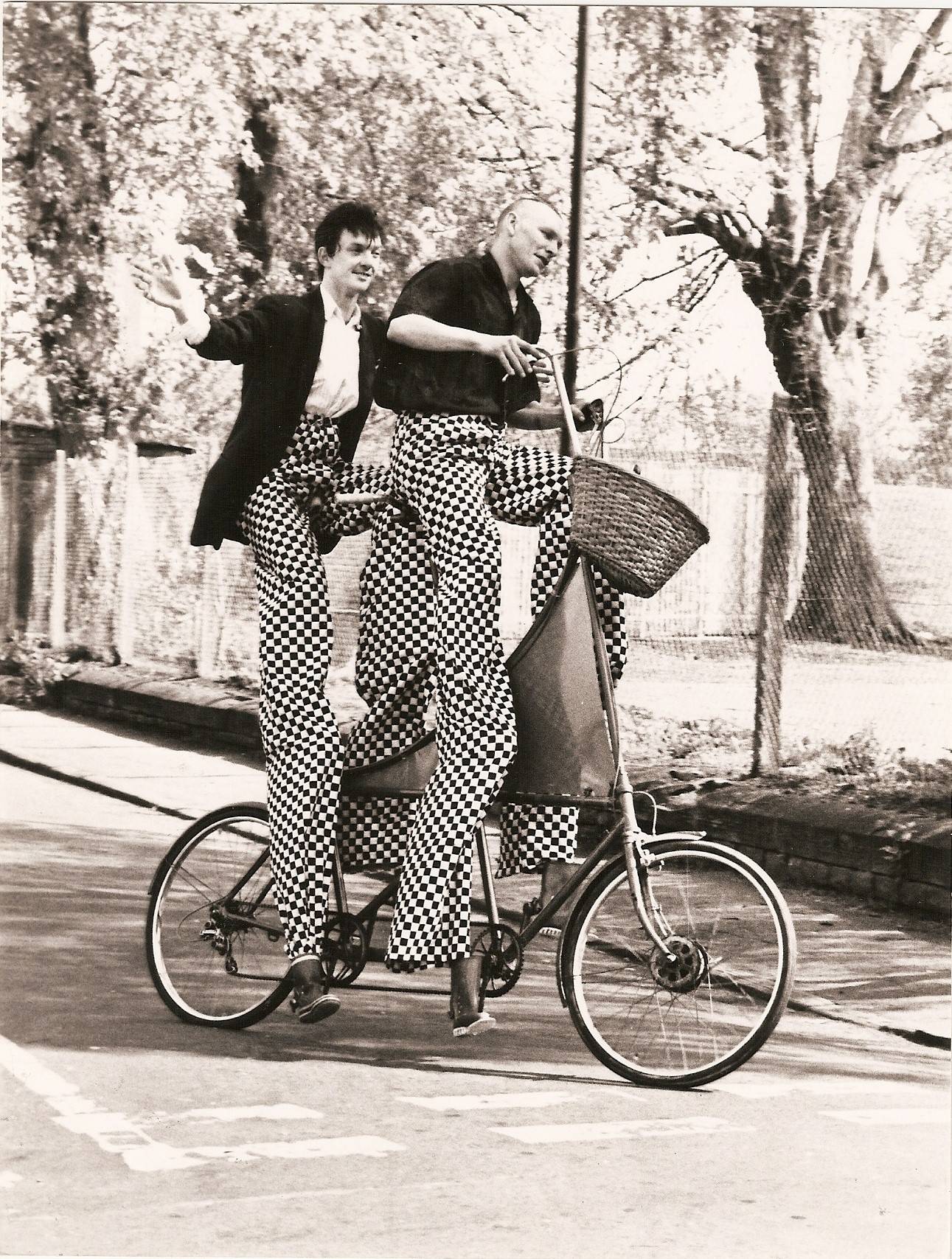 During the latter period of Fool Time’s history (1986-93), Richard Ward attempted to find better premises and a more secure financial position. He had used his family home to secure bank loans but faced an uphill struggle persuading the Arts Council to fund anything but short-term community projects because they didn’t classify circus as an art form and did not fund any training schools. It was only after one of many financial crises that the Arts Council agreed to a limited amount of core funding. Ward found Fool Time a new home in a derelict Victorian school in Kingswood, on the edge of Bristol. Large amounts of funding were applied for, partly to the Arts Council but mainly to the Foundation for Sport and the Arts, a precursor to the National Lottery. All looked hopeful and in 1992 classes began at the new site while a Physical Theatre course was held at St Paul’s. This hope, however, was short-lived as unforeseen costs mounted and funders pulled out. Finally, at a crucial funding meeting in April 1993, Fool Time was passed over and insolvency seemed imminent. Frantic attempts were made far and wide to try and find benefactors or other sources of income but it proved impossible to raise the amount needed. Fool Time was forced to close with teachers being asked to work without pay for the last few months. 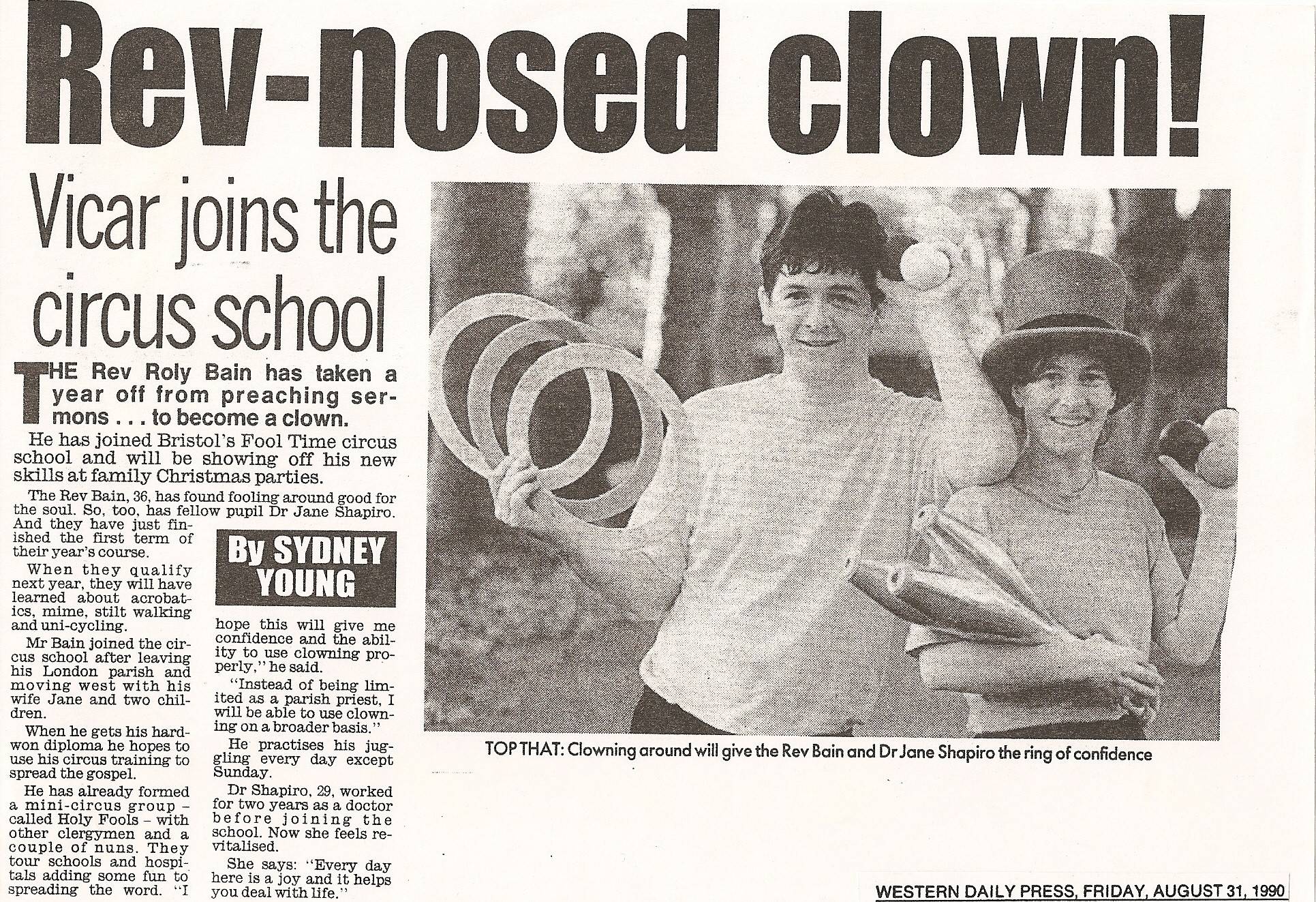