Our BA(hons) Degree is not just open to our own students who have completed the Foundation Degree. If you have 240 credits from a relevant course – such as theatre, dance or performing arts – then you can apply to do the final year of your BA degree with us, providing you have a background in circus already.

When you study on our BA course, you’ll have the chance to develop your physical and performance skills to professional level in your chosen specialisation. As a result, you’ll graduate as a skilled performer and creator ready to embark on your professional circus career. Our emphasis on physical theatre means you’ll have the opportunity to engage with ideas and concepts of physical performance. You’ll immerse yourself in the creative process of devising new and innovative work and explore how to integrate circus disciplines within theatrical contexts. The degree course is accredited by Bath Spa University.

Course fees are £9250 and you can apply for a Student Loan. If English is not your first language then you will need IELTS at Level 6 or an equivalent qualification.

“I can’t really overstate how much Circomedia has done for me… Most of what is rich and interesting in my life now is a direct result of all [their] hard work. Thank you Circomedia!” 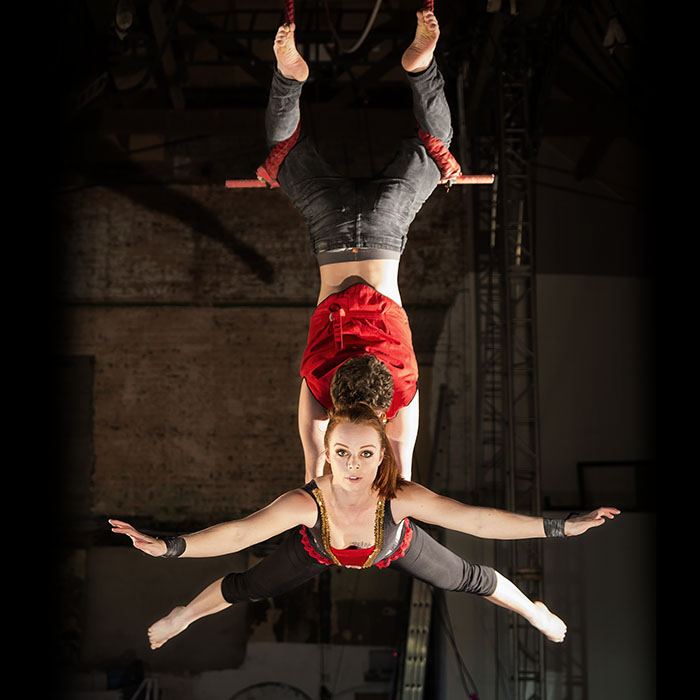 Get to know the BA Course

The BA year works as both a stand-alone year of study and as the drawing together of two years’ worth of learning and exploration for our FDA graduates. There is a strong focus on content creation and putting into practice the devising strategies developed during the Foundation Degree. Another key aim for the BA year is to prepare students for employment and life after Circomedia.

In the Performance Compilation module, BA students will devise two acts or pieces, each for a different intended audience or market. You might make a slick and skillful act perfect for a corporate event (see Amy’s hoop routine below), or perhaps something more experimental and contemporary, ideal for the theatre. Students have also produced installations, interactive street theatre, walkabout routines, and playful work for younger audiences.

There are opportunities to work with our MA students during this module, who can provide a valuable ‘outside eye’ and contribute ideas and direction. 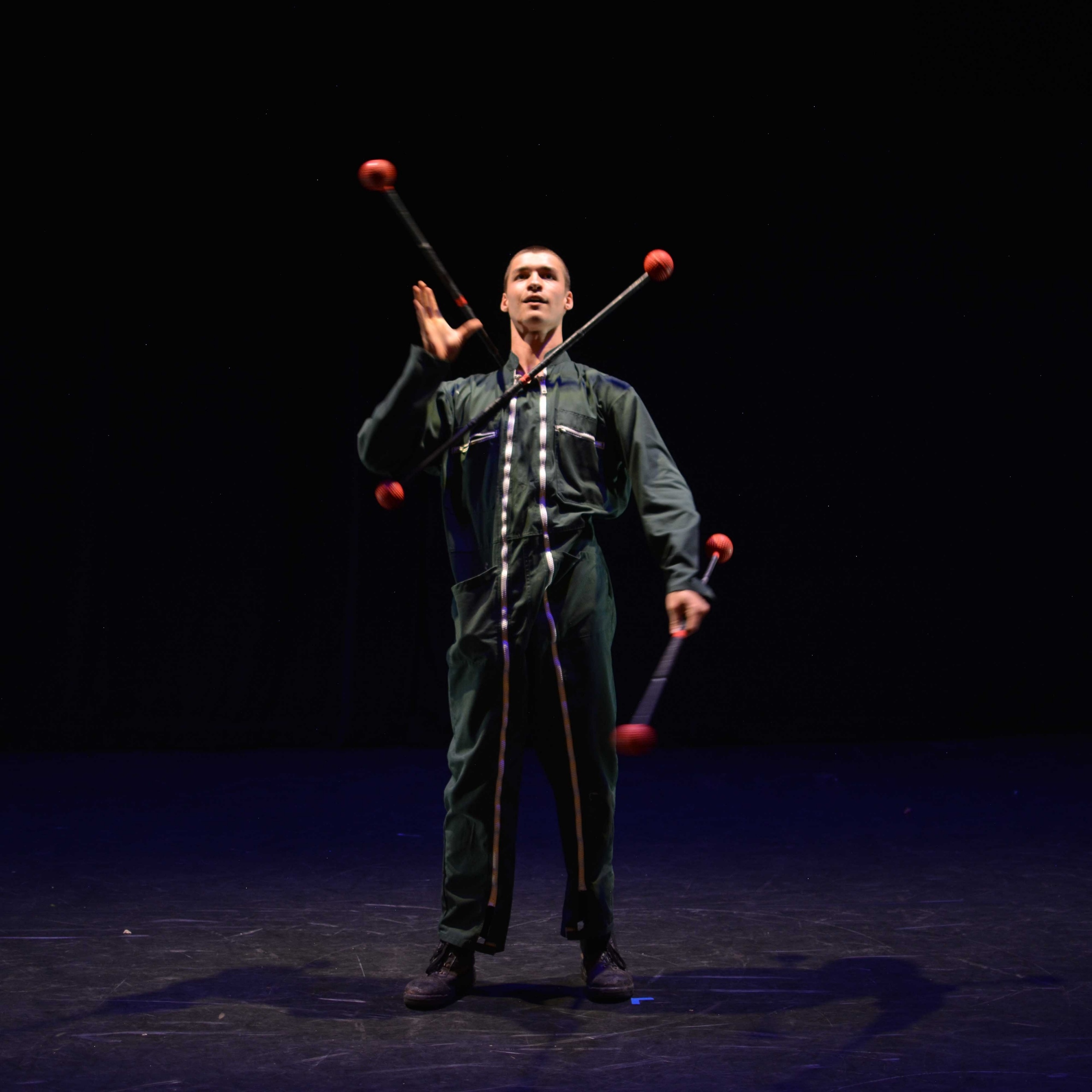 The Professional Touring module sees the entire BA cohort working together to devise a full-length ensemble production. As well as performing, of course, students take on company roles such as tour managing, costume design, and marketing. This holistic approach ensures the development of valuable employability skills and provides our students with much-needed industry experience. In fact, some of our graduates have gone on to work in such roles as a direct result of their experience on this module.

Opening at our very own venue in Bristol, the BA Touring Show show will then tour a variety of other venues in the UK. Past venues include Jacksons Lane and Artsdepot in London, Déda in Derby, The Point in Eastleigh, and The Roses Theatre in Tewkesbury. Below is an in-depth look at last year’s Touring Show ‘Out Of The Loop‘ featuring interviews with some of the staff and students involved.

The Practice As Research module or PaR, as it’s known, is an artistic research assignment that invites students to analyse their own practice, pose questions and carefully examine the skills they’ve spent so long developing.

Students share their findings in a presentation to their tutors and peers.  Very often, these conclusions and realisations will go on to inform the work made during the Final Major Project module.

The Final Major Project, is a self-devised solo or group performance of between 20 and 30 minutes in length. The FMP can be the apogee of three years of hard work – a gathering together of every idea, influence, and inspiration – or it can be a snapshot of what an artist is capable of physically and creatively at that moment. Some students have adapted their FMP into full-length productions, such as 2016 graduate Robin Dale, whose piece ‘What Does Stuff Do?’ won the Act Prize at BE Festival and earned him a slot on the festival’s tour of Spain. Robin now tours ‘What Does Stuff Do?’ both nationally and internationally while also developing new work. Other graduates have chosen not to return to their FMP, but instead to use the lessons learned during its creation to inform the development of other work.

Every year our third-year students produce a touring show as part of the Professional Tour Module. Here’s a quick video of what the graduates of 2020 put together.

FdA and BA applications are now open for entry in September 2023. If you would like to find out more about the course or how to apply, then please get in touch with our admissions team at admissions@circomedia.com.

Any questions? Take a look at our FAQs or email us at admissions@circomedia.com.