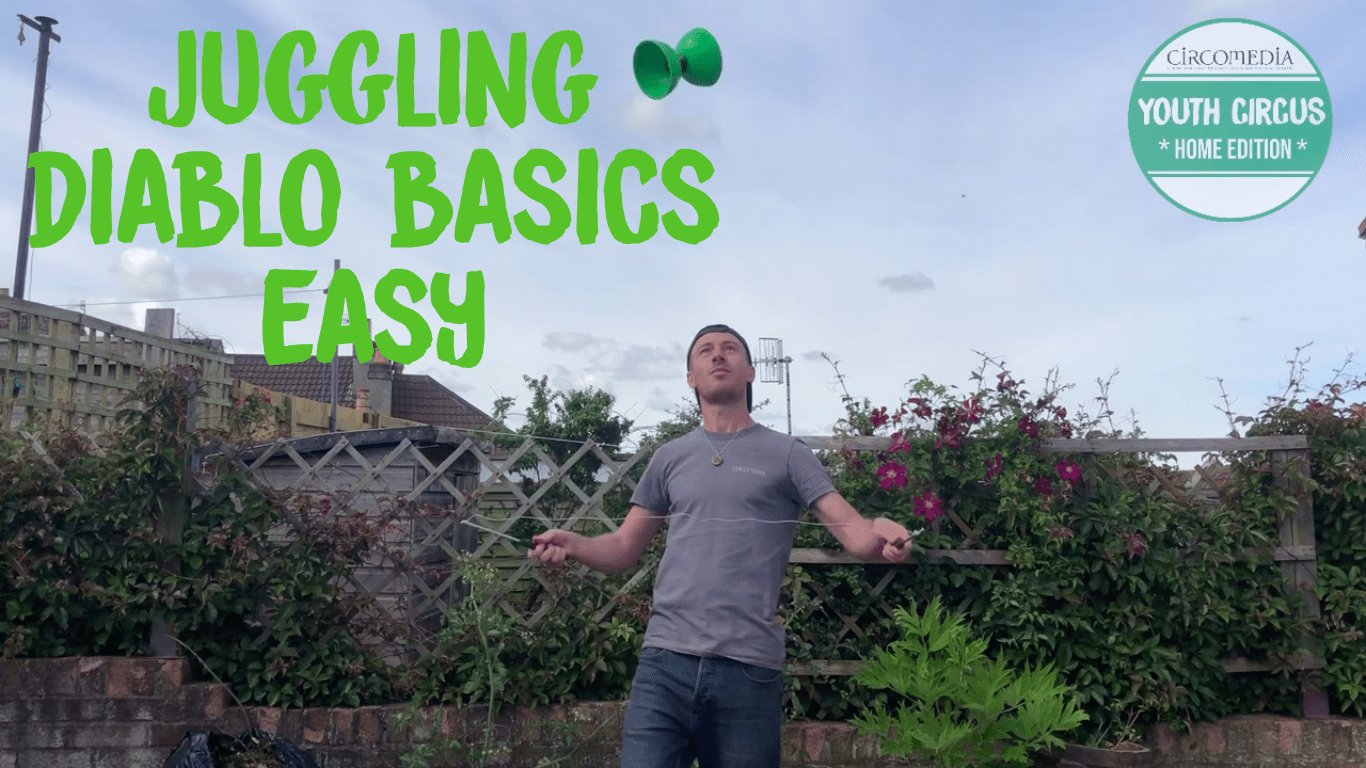 Safety Warning: Whether practicing diabolo basics or advanced tricks always make sure you have plenty of height, and a wide, open area to practice. Move anything that is breakable out of the immediate vicinity. And as Jono learns do not practice in high winds.

In this tutorial Jono introduces you to some diabolo basics. If you’ve never tried diabolo before, or you are a beginner looking for some pointers then this video is for you.

Jono starts by demonstrating the correct way to get your diabolo spinning. Start by deciding which way the diabolo will spin. The easiest way is to spin it the opposite way to your dominate hand. So if you are right handed, roll it to the left.

Once your diabolo is spinning you are shown how to keep it spinning. Gently bounce the stick in your dominant hand.

If it starts to tip backwards and forwards watch Jono show you how to correct it by using the strings to ease it back into position.

Now you have mastered getting the diabolo spinning you can start working on tricks. Jono demonstrates 4 tricks that you can try.

The first trick is ‘the throw’. By pulling your string into a tight line you can launch your diabolo upwards. Make sure to keep the string tight so that you are ready to catch it again. To catch it, simply point your stick into the as if you are trying to catch it on the stick itself. This way it will slide back down onto the string.

Next up is ‘the trampoline’. Similar to the throw, first you must pull your sticks apart to make your string tight. This will send your diabolo into the air. Jono then shows you how to bounce it along the string instead of catching it immediately.

After these first 2 tricks you can start practicing flicking your diabolo over your sticks, and making it run along your string. Both tricks are relatively easy, and Jono breaks them down so you can follow along with him.

And don’t worry if you don’t have a diabolo, because Rowan has ingeniously managed to build his own, and he’s going to show you how in his latest tutorial.

You can learn how to make other juggling and manipulation equipment as well as watch all our other tutorial videos here.