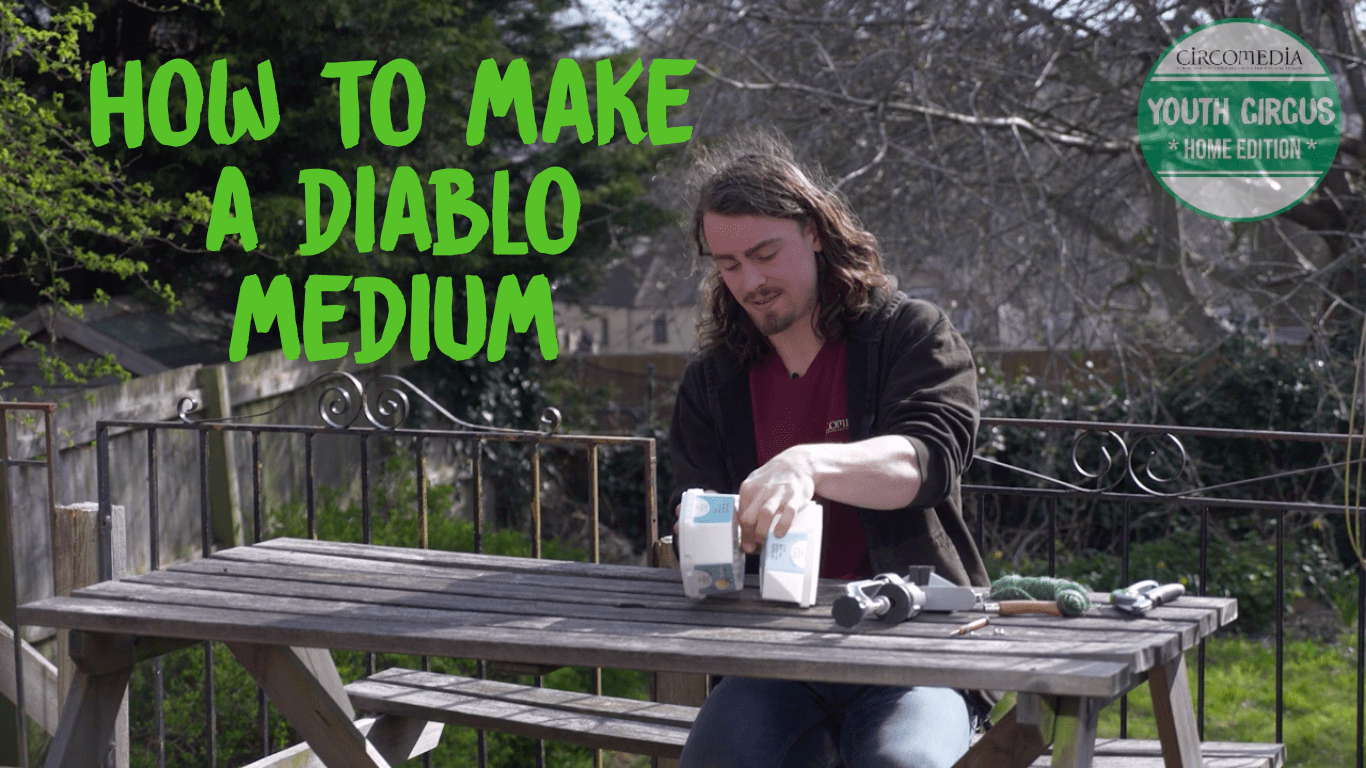 Safety Warning: In this how to make a diabolo video Rowan will be using sharps tools such as carving knives, and secateurs, as well as other tools. This activity should only be attempted with adult supervision, and proper care and attention be paid through out.

In this tutorial Rowan shows you an ingenious way to make a diabolo out of just ice cream tubs and tree branches.

To begin with Rowan shows you the type of ice cream tubs he is using to make his diabolo. Any rounded plastic tubs will do, or you could try other objects such a ball cut in half. The important part to remember is that they must be the same size and weight for both sides.

Once you have got the main parts of your diabolo, you’re going to need an axel. This is the small gear in the middle of the diabolo that sits on the rope. Rowan cuts a small section of branch (about an inch) and then starts to carve a groove in to the middle. This is where the string will sit.

The axel should be shaped almost like an hour glass, so once you have carved a groove around the middle, try to deepen the groove and smooth out the sides.

Rowan suggests using 2 screws to attach each side of the diabolo so that it doesn’t unscrew itself while spinning. This can be a little tricky, so he suggests drilling the holes into the axel first before trying to attach the pieces.

Now to make some diabolo sticks. In the video Rowan uses tree branches, but you can use other things like wooden spoons, or a pair of drum sticks. Tie your string around the top of each stick and you are ready to go.

After all that work you’re going need a few tricks to try. So why not check out Jono’s tutorial on some diabolo basics.

Want to build more of your own circus kit? Check out our other How to Make videos and all our tutorials here.